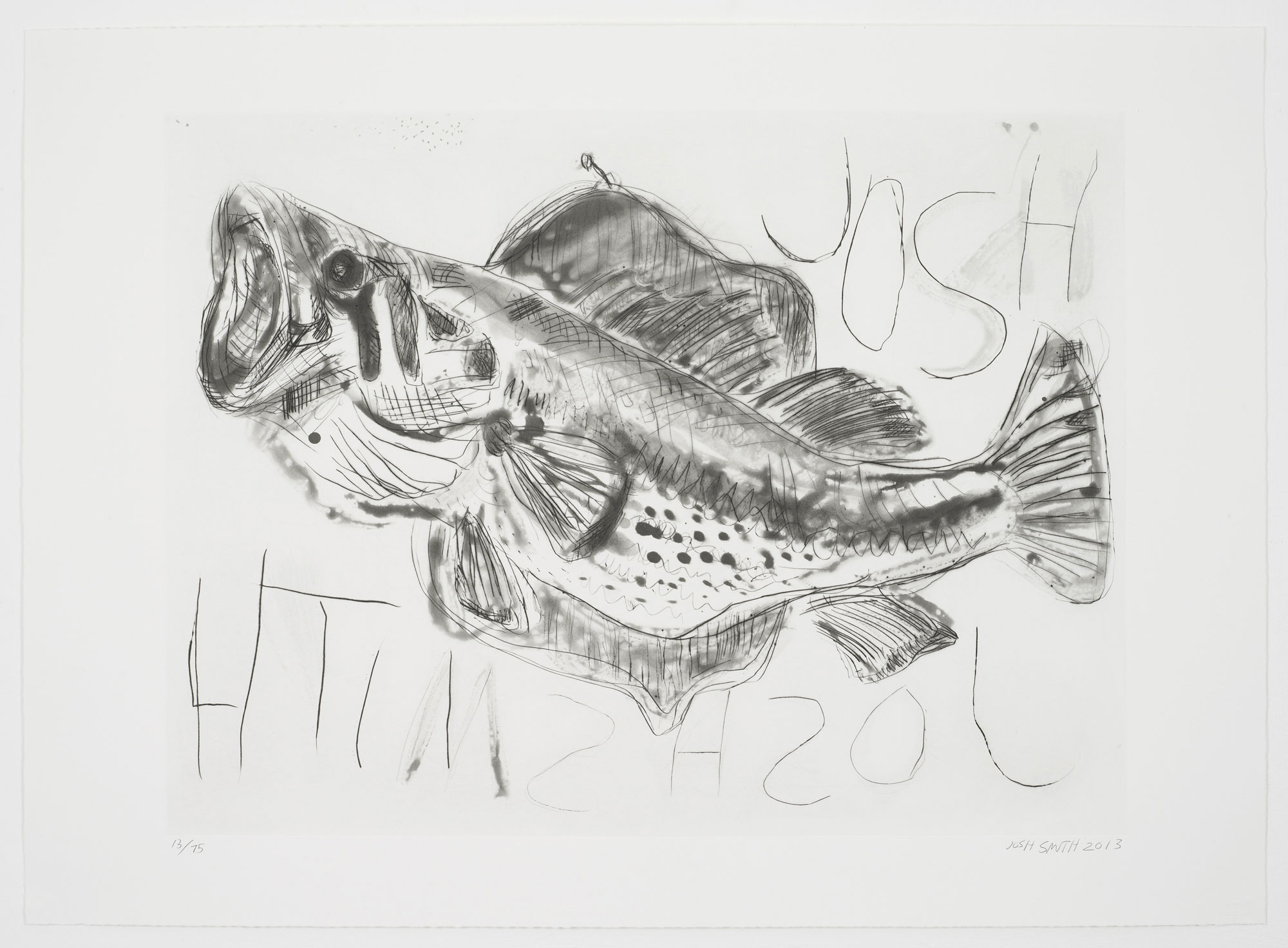 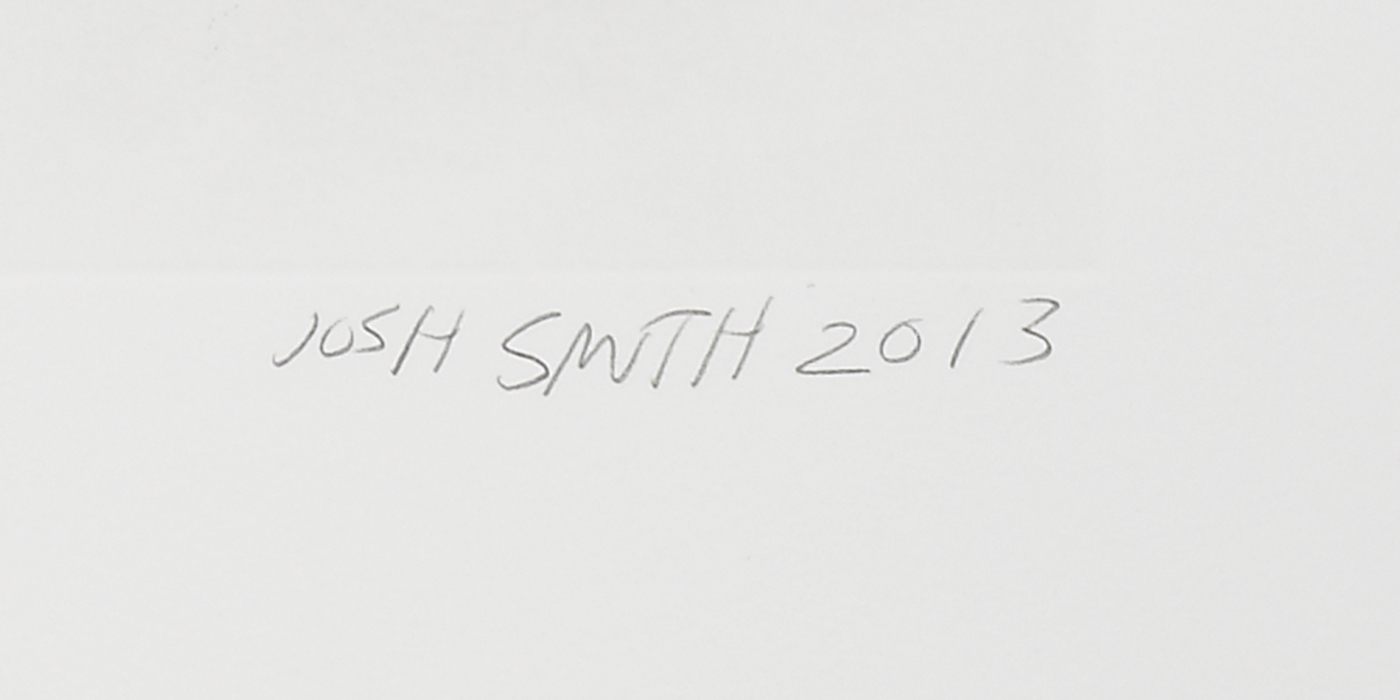 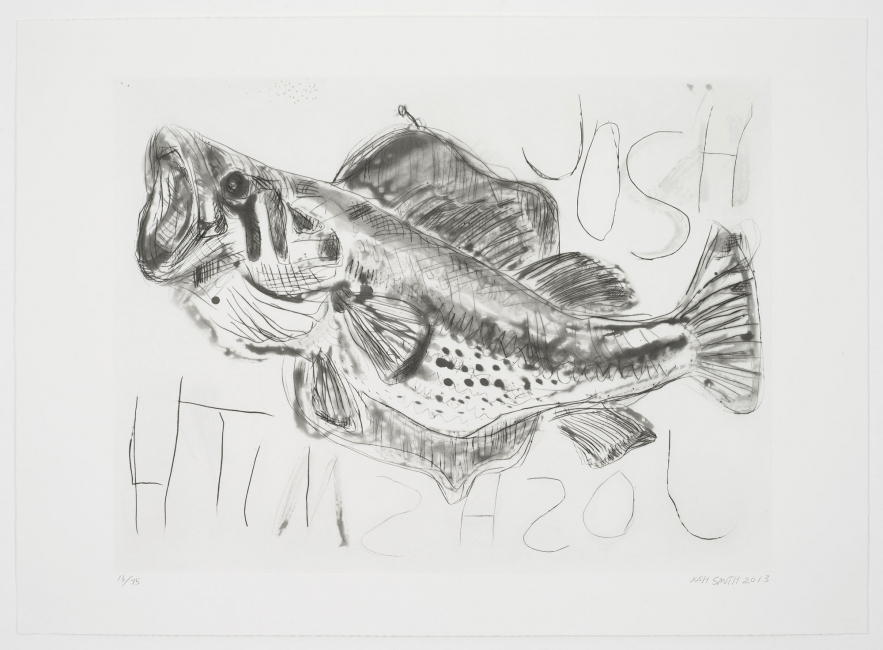 About the Edition
Josh Smith is well known for his paintings which use primarily simply represented fish, leaves, and the letters of his own name, re-configured in various combinations and presented in a reduced, abstracted style.

In the context of Smith's fish paintings, 'Big Fish' is an unusually detailed drawing - his paintings frequently condense fish down into the simplest possible combination of three or four brushstrokes. "You cannot paint it wrong," Smith has said. 'Big Fish' instead is beautifully executed with soft washes and delicate lines. The inspiration for this artwork came from the New York printing studio where 'Big Fish' was created - the studio's previous occupant had left behind a mounted fish on the wall, which, given Smith's predisposition to using fish in his work, became the obvious subject matter for his Counter Editions print. Endlessly replicated by hand and by mechanised copy, the repetitive and vaguely generic quality of Josh Smith's work gains momentum as a collection of signifiers deprived of their significance.
About the Artist
Loosely scrawled autographs, newspaper collages, and simply drawn leaves and fish are the instantly recognisable hallmarks of artist Josh Smith's prolific and provocative practice. Through the repetitive reappearance of the same motifs over and over again, the subject matter of Smith's work loses its function as words, information, or symbols, and the artworks emerge as a wider interrogation of structures of meaning, communication, authorship and originality.

Characterised by a loose and apparently spontaneous style, Smith's imprecise renderings belie a strategic and methodical practice. Smith is fascinated with the idea of repetition and as such comes from a print-making background. Drawing reference to Andy Warhol's mass production, Hanne Darboven's obsessive archives, and Robert Rauschenberg's combines, Smith approaches replication, aggregation, and appropriation as an artistic sublime.

Josh Smith was born in Tennessee in 1976. He lives and works in New York.
Share this edition Email